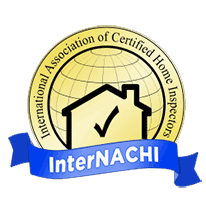 O3Pros™ - We Are Your Ozone Professionals!

There is a cycle of oxygen just as there is a cycle of water. Oxygen is released in photosynthesis by land plants and ocean phytoplankton (mostly diatoms), and rises up in the atmosphere about 25-30 miles, where it is energized by a part of the ultraviolet spectrum of energy from the sun, producing ozone. Ozone is heavier than air and begins to descend. It immediately attaches itself to airborne particles. It contacts them, oxidizing them, cleaning the air. If it encounters water vapor, it can attach itself to it, forming hydrogen peroxide. Rain and snow both contain hydrogen peroxide naturally. That is why plants grow better from rain water than from irrigation.

At ground level, ozone attaches itself to all pollutants, oxidizing them and cleaning the air. It has been incorrectly blamed for smog. Ozone is present in smog only transiently at around 25 parts per hundred million.

Ozone cannot be produced in the internal combustion engine because the hydrocarbon fuel quenches the spark gap. The ozone that exists in the atmosphere is produced by nature and it is attracted to pollutants because of opposite charge -- it attempts to oxidize them and clean the air. The problem is one of too little ozone to complete the job, not too much.

Ozone is also created near the ground by lightning. The fresh smell in the air after a thunderstorm is ozone. The amount of ozone created in an average thunderstorm is about three times the safe limit according to US EPA regulations.

Ozone (O3) is an allotropic form of oxygen: it is oxygen in its most active state; therefore it is a more generous supply of oxygen - the life giver.

Through the action of lightning flashes, and the photochemical reaction of the UV light of the sun on atmospheric oxygen, nature produces ozone for the purpose of purifying the air, and to destroy all organic decay upon which disease, germs and bacteria thrive.

Ozone is triatomic oxygen. As a gas it is blue; both liquid ozone (-112 C) and solid ozone (-193 C) are a deep blue color. It is this blue ozone in the atmosphere that causes the sky to be blue. At altitudes from 25-30 km. ozone is created by a portion of the sun's ultraviolet spectrum. It exists as a gas in concentrations of 10-20 parts per million. (ppm). In these concentrations, ozone is a powerful absorber of a narrow portion of the sun's ultraviolet radiation. At ground level, ozone exists in a greatly diluted state and is always present in minute quantities (.001-.003 ppm) which we breathe in. It does not become an irritant until levels above .1 ppm are exceeded for over eight hours. Below those levels there have never been any permanent detrimental effects from inhaling it. Ozone is created naturally by crashing surf, white water rapids, and lightning storms. Recently, ozone has come to public attention as an alleged pollutant in smog. In order to measure hydrocarbon air pollution, an index is required. High levels of hydrocarbons have a corresponding ozone level (since the ozone is attracted to the pollutants), so by measuring the ozone, scientists can measure indirectly how bad the pollution is. What is not mentioned is that the ozone molecule lasts for a maximum of 20 minutes as it busily eats up the hydrocarbon pollution by oxidizing it. Carbon monoxide, benzene, chlorides, sulphur and many other pollutants are swiftly oxidized on contact by ozone, thus cleaning the air.

Ozone has long been internationally recognized as the most powerful oxidant next to hydroxyl; which is a mixture of ozone with hydrogen peroxide.